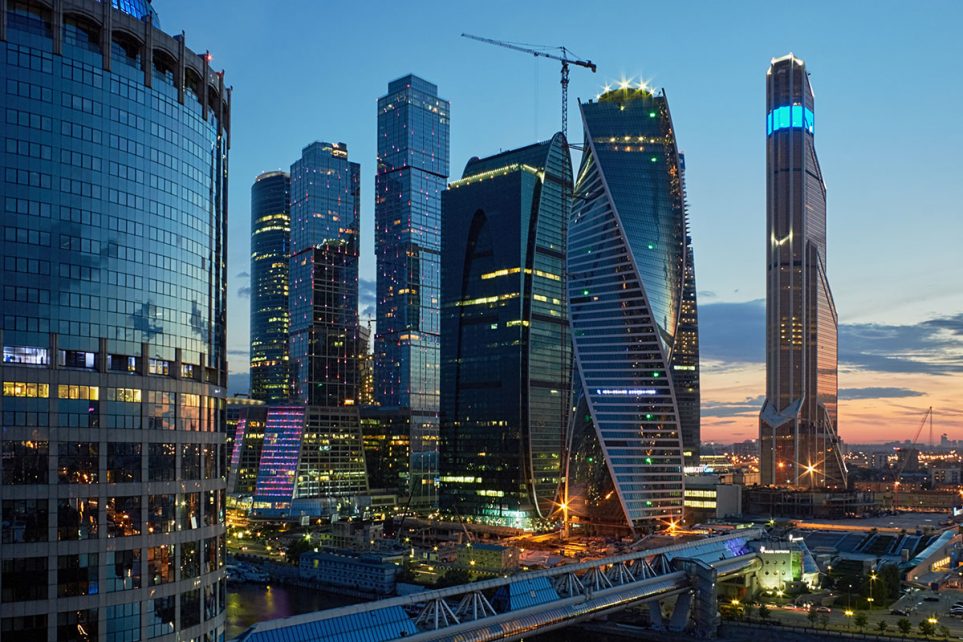 Can you even imagine living in a house created by a 3D printer? Then again, 30 years ago, could you even imagine ordering a ride home from an app on the phone in your pocket? The future does have an uncanny way of becoming the present.

As with any groundbreaking innovation that has the potential to redefine life as we know it, or in this case, construction as we know it, there are initially always more questions than answers. So, while the idea of living in a 3D printed building may be fascinating, clearly, it’s too early to project just how and on what scale 3D printing will impact the construction industry.

But that doesn’t make it any less cool to contemplate.

Simply put, 3D printing is the process of making a three-dimensional solid object from a digital file by adding material to the object layer by layer.

It’s been around since the 1980s, creating everything from car parts, to fashion accessories, to artificial human organs for transplant patients. In the construction industry, 3D modeling has become a popular fixture, affording both clients and design teams the opportunity to visualize a project on a smaller scale, avoiding miscommunication and errors down the road. 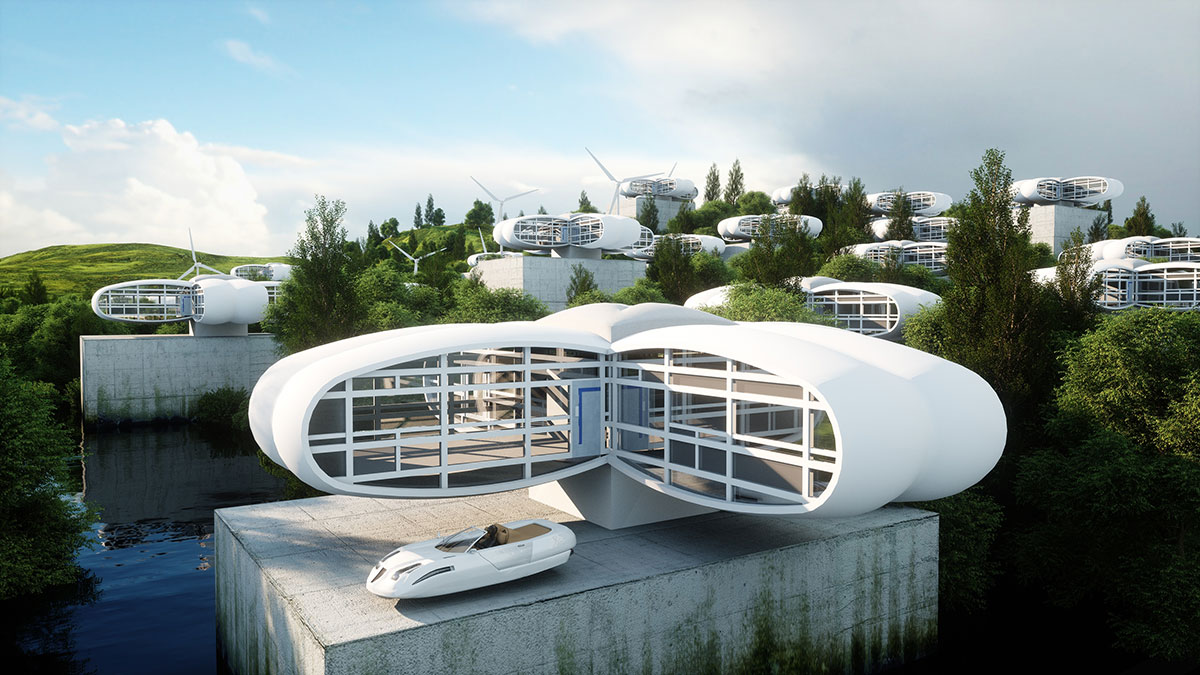 According to reports, the Chinese company WinSun claims to have printed 10 homes and has contracts with Saudi Arabia and Egypt to erect thousands of these buildings. Dubai is right on their heels and hopes to become the 3D global printing center; their goal to print 25% of their buildings by 2030.

Leading the charge are Chinese companies who claim to have found the key to a new age of low cost housing. Based on the press, the Chinese version of 3D printed buildings can be most easily described as “creepy cave chic,” and, so far, buildings remain unoccupied. But, to date, they still appear more habitable than other attempts by their 3D competitors.

Now construction teams around the world have taken the technology to the next level, hoping to revolutionize the building industry. Some large printers can form entire buildings onsite, while others reside in centralized offsite locations and produce components for later assembly.

3D in America is Bi-Coastal

Here in the USA, San Francisco-based 3D-printing startup, Apis Cor, recently made headlines by printing concrete walls for a small house in less than 24 hours. At a test site in Russia, the firm used a 3D-printer to lay down the walls for a 400 sq ft concrete house. The printer, which resembles a small crane, creates a structure by accumulating layer upon layer of a concrete mixture the company claims can last for 175 years. Once the walls have been “printed,” the printer would be removed and insulation, windows, appliances and a roof added.

On the east coast, MIT has developed the Digital Construction Platform (DCP), which may turn out to be a real game changer in the field. According to MIT, “unlike typical 3-D printing systems, most of which use some kind an enclosed, fixed structure to support their nozzles and are limited to building objects that can fit within their overall enclosure, this free-moving system can construct an object of any size.” It’s that flexibility that is the key, allowing DCP to be used in all sorts of environments. Recently, the DCP built a 50-foot-diameter, 12-foot-high dome in only 14 hours of printing time. This included a foam-insulation framework which was then used to form a finished concrete structure. 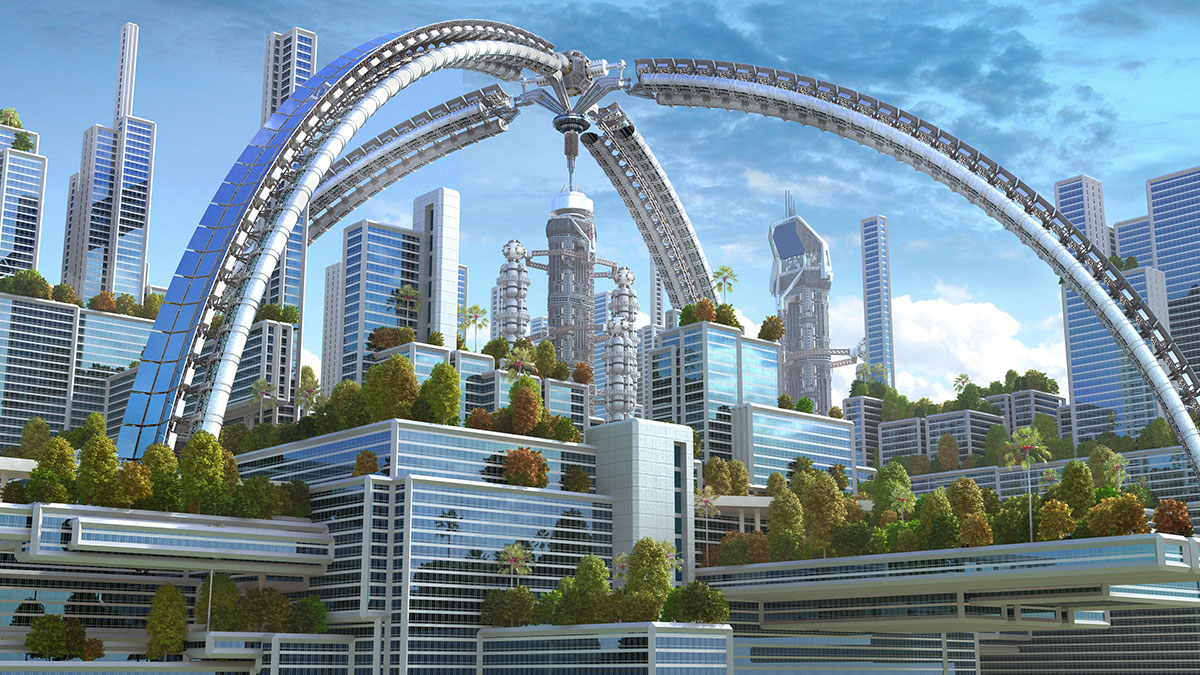 In a Galaxy Far Far Away…

NASA has some of the most ambitious plans of all. They want to take 3D buildings intergalactic. In fact, NASA is holding an architectural competition to design a Martian colony. The idea would be to transport only the printer to Mars and use local materials to print housing.

Relief organizations are also excited about instant 3D buildings that can provide shelter for homeless victims in the wake of disasters like hurricanes, fires or earthquakes.

So, the question: Is 3D construction going to become a global—and interplanetary—phenomenon? Or will it ultimately be a blip on the radar screen of architectural history? Hard to say. Then again, there was a time when people said television was just a passing fad. It might not be a bad idea to read up. There could be a 3D construction job in your future.